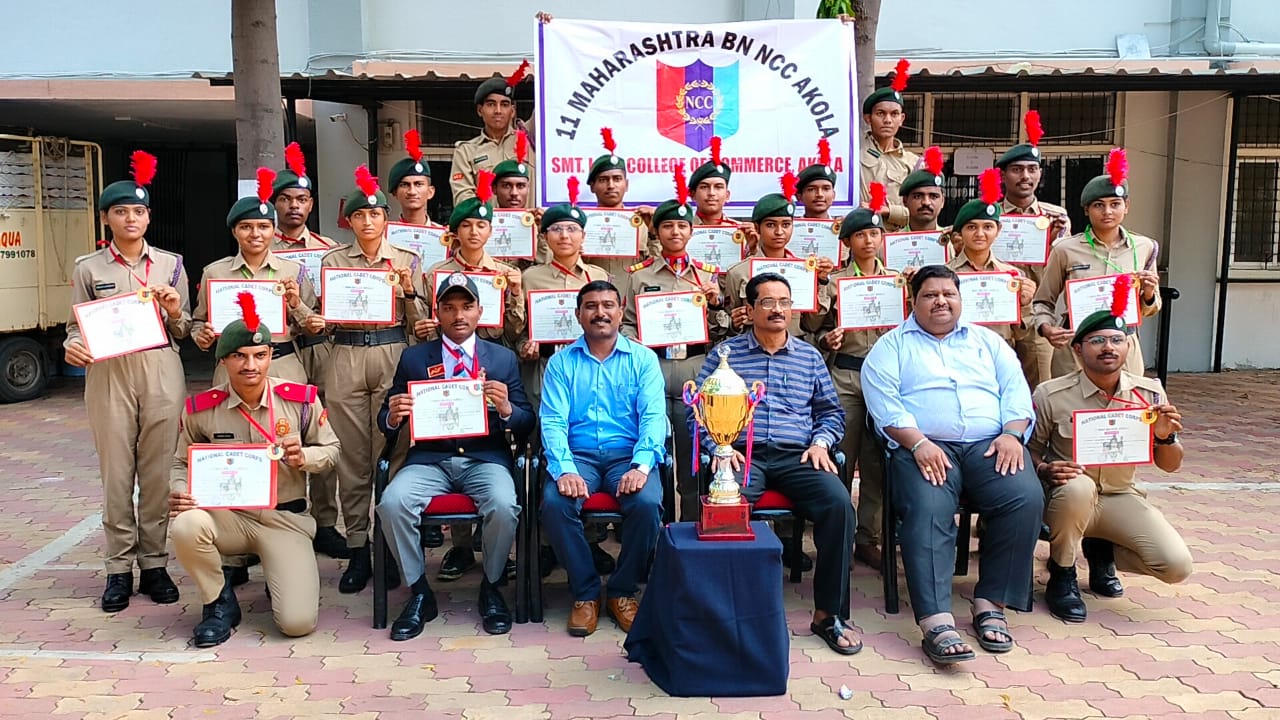 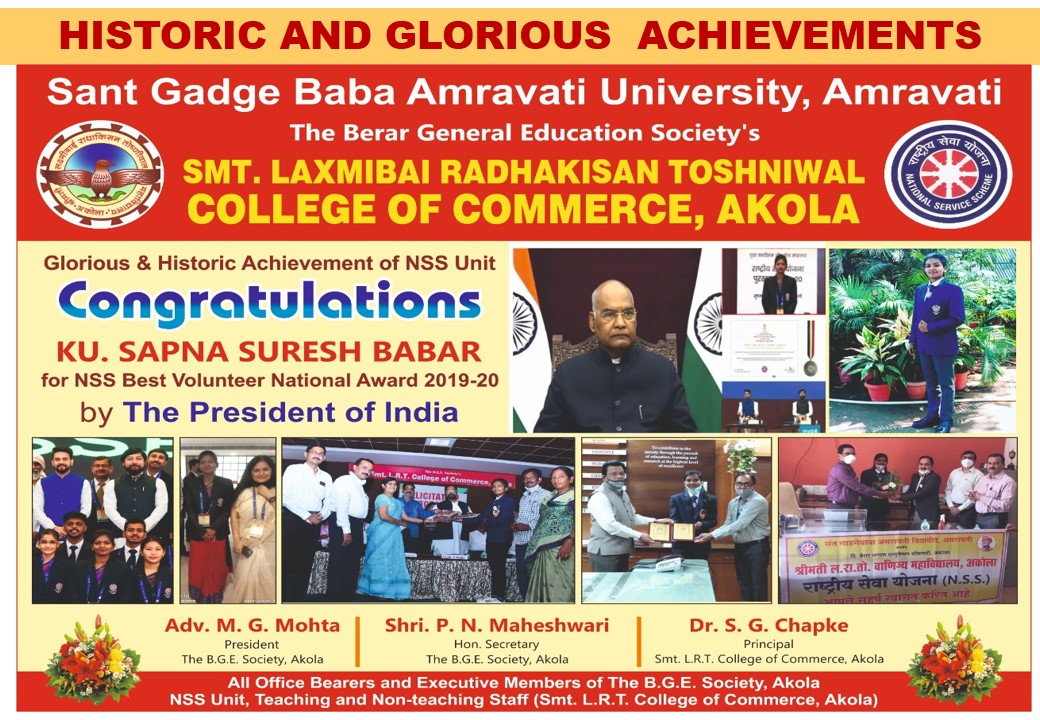 The Makar Sankaranti day of 14th January 1935 was the turning point in the educational history of Akola. It was the day on which the great Berar General Education Society was founded by some enlightened souls of Akola City. The pioneers among them were

Initially, the society started a school named "Modern School", which started functioning at Mr. Damle's Bunglow. Later on the school was renamed as N.M. Chaudhary vidyalay and was shifted to the present premises.

In the year 1937, the society started Berar Arts College. In 1938, it was renamed as Sitabai Arts College after its donor the late Smt. Sitabai Jain. Not only did she donate land and buildings but also gave a sum of Rs. 10,000/- for the establishment of the college. The seed sown grew fast and Sitabai Arts College became a famous institution that imparted higher education in the region.

To provide education in law, a Law faculty was also introduced in the year 1958 in Sitabai Arts College.To disperse higher education in the Rural area, the society started another college at Karanja(LAD) named after its donor as "Kisanlal Nathmal College of Arts & Commerce" in the year 1961-1962. After two decades, keeping in the line with demand of the society, a commerce stream was introduced in the Sitabai Arts College. The growth of this faculty was so fast that a separate commerce college was started in the year 1964 as a separate entity. The great Philanthropist couple Late Seth Radhakisanji Toshniwal &Late Smt. Laxmibai donated a piece of 3 acres of land in the heart of city along with a sum of Rs. 25,000/- for starting the college. Aptly the college was renamed as "Smt. Laxmibai Radhakisan Toshniwal College of Commerce".

To fulfill the need of Science education, Science faculty was introduced in Sitabai Arts college in the year 1966. In the year 1970, it became a separate college with the help of financial support given by Late Seth Shri Radhakisan Toshniwal.

Several well-known and highly respected personalities of Akola, who hold high position in the society are life members of this society. Some of them have been office bearers of the society from time to time. To mention a few names:

The Society has a glorious tradition of active Presidents like